In the early 90’s, there was a bumper sticker popular among concert crowds. It contained three words with one direct message. Mean people suck. At first glance, I kind of liked it. I could get behind an anti-mean movement. When I gave the statement a little more thought, I wrestled with the contradiction. 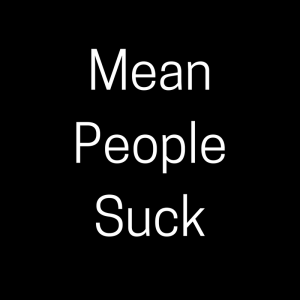 Saying mean people suck IS mean. Fighting mean with mean is a contradiction. I wasn’t sure how to articulate the competing thoughts in my head, so I kept quiet. The weight of my struggle would later be revealed when I found my voice and began to ask questions.

Life is full of contradictions, I get it. I see it in headlines and hear it in the battle cries of various groups. My own life has its share of absurd inconsistencies. It is still easier for me to entertain thoughts in my head instead of sharing them aloud.

To illustrate this, you’ve probably never heard me publicly share my thoughts about war, guns, and human trafficking. As sure as you’re reading this, I have ideas and positions about each. Chances are, we would not agree completely on every issue.

I didn’t walk up to the concert vendor to discuss my issue with the sticker. Care to know why? I didn’t have a relationship with the seller, so what would the opinion of a perfect stranger matter? Zero. The other reason I kept quiet was I knew my own ability to be mean. In fact, I knew I was a mean person. Maybe not moment to moment, but meanness was in me.

I’ve been backed into a corner over things I’ve said, or beliefs I’ve held. There’s no fruit in bullying someone to think your way, nor is it healthy communication. Where does personal reflection fit into the equation? Better yet, where does honest personal reflection fit? Why is it easier to point out the wrong in our neighbor than inspect the flaw in ourselves?

Where is the common ground? Relationship is necessary, and listening is key. Not listening to dispute but listening to hear the perspective and angle of someone else. Especially when that “someone else” doesn’t share the same ideology as you.

Know who I discussed the sticker contradiction with? My friends…not the random stranger selling the sticker. I asked them if the sticker struck them the way it struck me. Some hadn’t even considered what I was rolling around in my head. They listened as I stated my distaste for the statement, but I also listened as they shared perspectives I had not considered.

We aren’t issued a guarantee to agree with everything or everyone we encounter. That would be utopian, and while somedays that seems and sounds appealing, it’s the unique experience and perspective of others that makes life richer {not easier}.

We learn when we listen. Engaging in conversation might not change our beliefs, but it is affirming. Are we listening?