I’m not a terribly nostalgic person. I appreciate memories of past events, places, and experiences, but I don’t typically yearn for the former. There’s a distinct difference between looking back, and longing to go back. Rarely do I long to go back.

We had snow in South Texas in twenty seventeen. Real snow is a rare occurrence, so it was a magical experience. After playing so long our fingers and toes lost all feeling, we headed into the house to thaw. Every few minutes, our youngest would stare out the window and delight in the blanket of white covering the ground. It wasn’t long, however, before he began worrying about it melting. He experienced genuine sadness when this happened just 24 hours later. My boy is nostalgic; he yearns for the former on many occasions.

I enjoy looking back at the moments that made up this year, but I don’t long to go back. Twenty seventeen was filled with both difficult and breath-taking experiences, and I picked up stones of remembrance along the way.

The stones are for the sake of remembering-not in grudge holding way, but as mile-markers. An Ebenezer, if you will. Rocks of remembrance; reminders of provision and presence.

At one time, I held on to rocks of remembrance as weapons. When I felt wronged, I would launch an attack with a quick throw. Memories were my protection, so I thought. Turns out, they were the source of what kept me stuck in the past and from moving forward into my future. This is commonly known as holding a grudging, keeping a record of wrongs, and bitterness. Rocks of remembrance, when used as weapons, become personal prison cells.

Rocks of remembrance date back to bible times. The prophet Samuel set up a stone, which he named Ebenezer, as a reminder of the Lord’s help and provision. The stone commemorated victory in battle and what the people were capable of when they leaned into the Lord’s provision.

Today, launching into all the possibility twenty eighteen holds, I’m rubbing my fingers over the rocks I collected throughout last year. With joy and tears, I am giving thanks. I’m not asking to return, but I am asking for wisdom. There are rocks I’m holding onto out of hurt and they will hinder me from grabbing ahold of what is ahead. I want my hands to be empty as I step into this year and begin gathering rocks of remembrance. 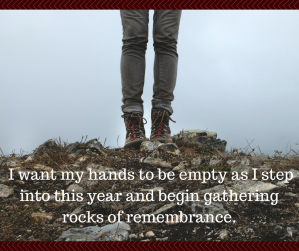 I’m stepping into twenty eighteen in a reflective posture. Though not a nostalgic person, I’m looking back with gratitude at the Lord’s help and provision in twenty seventeen. I’m also taking inventory. With the possibility of all that is ahead, is there anything I am holding onto that I need to release?

Here’s to empty hands that will collect rocks of remembrance, not rocks of retaliation, in twenty eighteen.

2 thoughts on “Moment of Truth Monday” 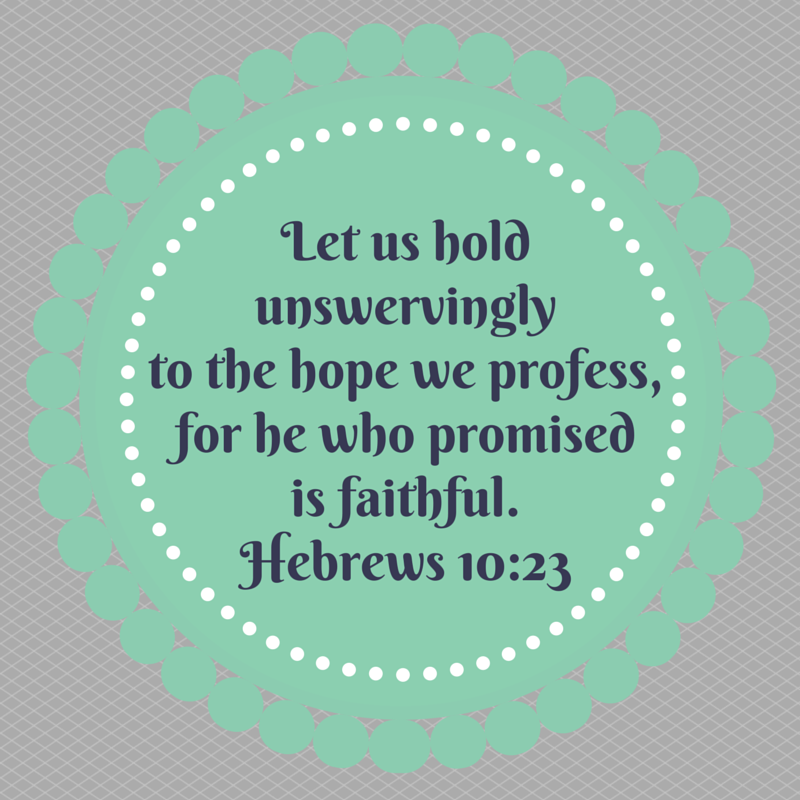